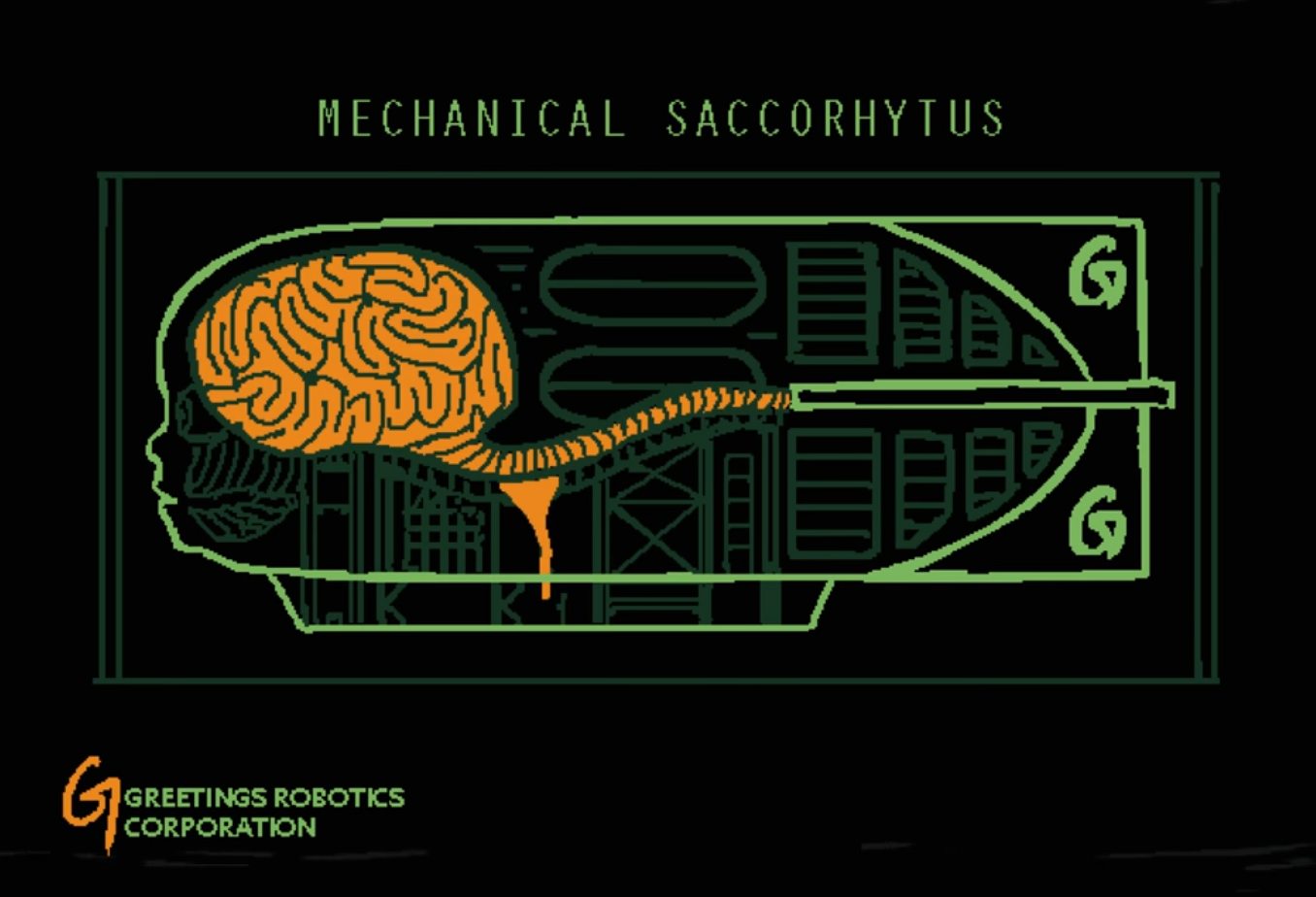 "Over time, they have strived to become... more complex. But why?" ― Mr. Greetings

The seventh episode of the Interface series was published by 'u m a m i' on June 24th, 2018. This episode unveils more cryptic information about Greetings Robotics and KAMI.

Mr. Greetings speaks his thoughts on evolution, and why the universe is the way it is. What is he trying to accomplish? Can you find the hidden messages?

The episode begins with Mr. Greetings explaining how Earth and the life on it were created. He asks why life has become more complex as evolution progresses as various marine animals are shown. The shot then pans to a below view of the Greetings Robotics blimp flying across the night sky. A computer screen shows KAMI syncing with the blimp and a closeup of her face shows that she has blue irises. The system initiates a degauss, an electronical term meaning the process of decreasing or eliminating a remnant magnetic field.

KAMI's mask disengages and a structure descends from the top of the blimp to cover the opening and allow interfacing with the ship. A cross-section of the blimp shows that it possesses an internal structure very similar to that of a human cranial system. Some kind of information from KAMI appears to be uploaded to the blimp before she begins to navigate it towards The Lighthouse. The Ghost, previously absorbed by KAMI in Episode 04, can be seen being scanned. More scans of the 'brain' of the blimp are shown. The episode closes with a shot of the blimp sailing towards The Lighthouse while a whale splashes in the foreground.

Saccorhytus was a genus of bag-like sea creature with a massive mouth, which is currently the earliest known ancestor to humans. [1] This episode shows that the blimp, or at least its internal structure, may be called a/the 'Mechanical Saccorhytus' by Greetings Robotics. The gaping maw of the organism may suggest that GR possesses an all-consuming nature.

Evolution and the origins of life[]

This episode prominently features imagery and dialogue referencing the origins of life on Earth. Throughout Mr. Greetings' narration on life at the beginning of the episode, only marine creatures are shown. Furthermore, the episode shows the sea that The Lighthouse looks over several times. The reference to an early human ancestor that was also a sea creature points in this direction as well. These may be references to the 'primordial soup' theory of the origins of life on Earth, which states that the first organisms evolved in a marine environment.

While the Greeting Robotics blimp systems are scanning the hand of Ghost, the following hex code messages are rapidly displayed and repeated. These were decoded by Josiah Snarr on the Umami Discord server as follows:

Calibration before KAMI is interfaced with the blimp

The blimp flying towards The Lighthouse after interfacing with KAMI

KAMI, before mask removal for interfacing 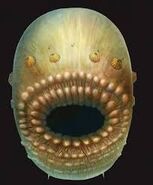 The Ghost being scanned as part of KAMI